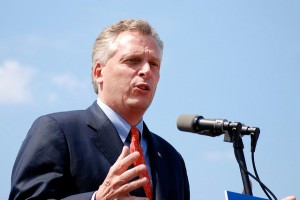 This week, Democratic Governor Terry McAuliffe issued yet another executive order, this time to bypass the General Assembly and take a look at ways the commonwealth can respond to climate change. It’s the latest example of a governor who has increasingly taken to using executive power to accomplish his agenda, a trend that’s causing alarm among Republican leaders in the General Assembly. Michael Pope has the story.

This entry was posted on June 30, 2016, 12:58 pm and is filed under Virginia's News. You can follow any responses to this entry through RSS 2.0. You can leave a response, or trackback from your own site.