McAuliffe Not Saying Much About Right to Work… For Now

Posted by Nick Gilmore in Virginia's News on August 12, 2021

Labor groups across Virginia are hoping that Virginia joins other states in ditching its controversial right-to-work law, which prevents employers from compelling employees to pay union dues. Michael Pope reports that that’s an issue former Governor Terry McAuliffe doesn’t have much to say about.

Posted by Nick Gilmore in Virginia's News on February 10, 2020 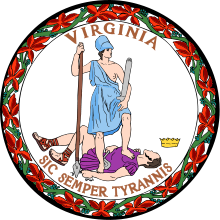 The effort to repeal Virginia’s right to work law has failed, at least for now. Michael Pope reports.

Posted by Nick Gilmore in Virginia's News on January 6, 2020

Democrats have a long list of labor issues to tackle after they take control of the General Assembly later this week. But, one of labor’s top issues is dividing Democrats. Michael Pope reports.