Posted by Nick Gilmore in Virginia's News on July 7, 2017

Despite requests for clemency, Virginia executed 35-year-old William Morva Thursday night. Morva was convicted of killing a security officer and a sheriff’s deputy in 2006, but his lawyers say he suffered from serious mental illness. Mallory Noe-Payne reports. 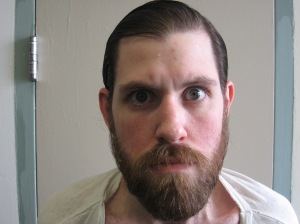 Just hours prior to the execution Virginia’s Governor announced he would not grant clemency despite appeals from mental health advocates, lawmakers, and even experts from the United Nations. Lisa Kinney  with Virginia’s Department of Corrections announced his execution Thursday night.

“When asked whether he had any last words Mr. Morva responded ‘No.’ Execution was carried out without complications,” Kinney told reporters.

Morva’s lawyers also raised concerns over the concoction of lethal injection drugs. Virginia law allows the state to buy the drugs in secret from compounding pharmacies, instead of directly from pharmaceutical manufacturers.

Virginia law allows the state to buy lethal injection drugs in secret from compounding pharmacies, instead of directly from pharmaceutical manufacturers. Many pharmaceutical companies have stopped selling the drugs under pressure from activists.

When Virginia last used this mix of chemicals for an execution in January, witnesses say the inmate appeared to gasp and convulse before dying.

“His stomach would concave in completely and he would kind of convulse a little bit as though he were gasping for air and that went on for perhaps a minute or two,” Davison told reporters afterward.

Only  Texas has executed more people since the death penalty was reinstated in the 1970’s.

Posted by Nick Gilmore in Virginia's News on July 5, 2017

William Morva was convicted of killing a security guard and sheriff’s deputy nine years ago. He had been jailed for robbery, and was delusional — convinced the prison food was killing him. Morva’s execution is scheduled for Thursday night, but opposition is mounting. As Mallory Noe-Payne reports, experts from the UN have issued a statement.