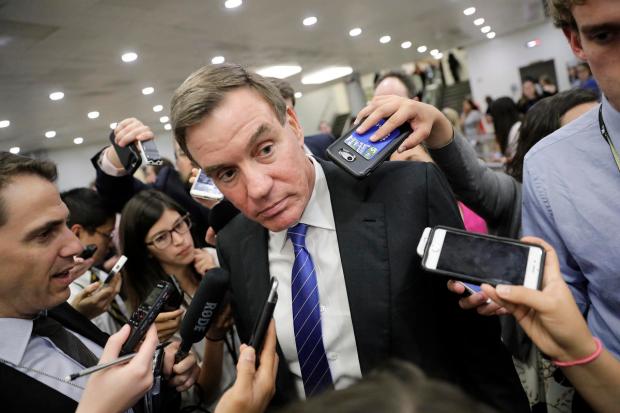 Virginia Democratic Senator Mark Warner is earning praise – and some criticism – for his handling of the Russia investigation. Matt Laslo reports from the Capitol on what the role means to Warner and the Commonwealth.

In this Jan. 31, 2016 file photo, Democratic U.S. Senator Bob Menendez addresses a large rally in Asbury Park, N.J., opposing federal plans that would allow oil and gas drilling in the Atlantic Ocean. The issue has come up again now that President Donald Trump is in office. (Credit: Mel Evans / AP)

Virginia Republican Dave Brat is pushing to open up Virginia’s coast to offshore oil and gas drilling. Democrats, though, say that would be terrible for the Commonwealth’s economy and they’re trying to combat the effort. Matt Laslo has details. 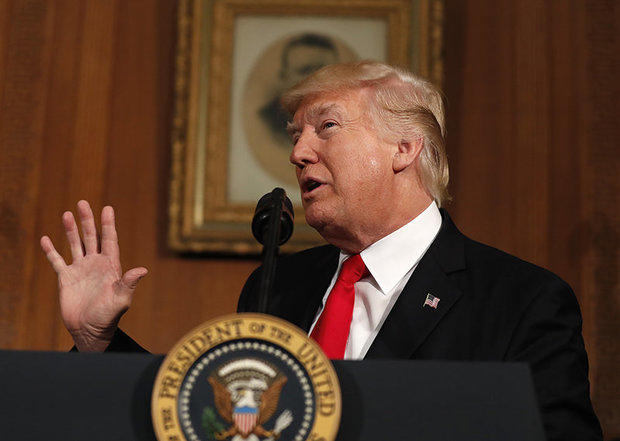 In this Wednesday, April 26th 2017 file photo, President Donald Trump speaks at the Interior Department in Washington. Among the likely winners in Trump’s tax-cut plan is Trump himself. (Credit: AP Photo / Carolyn Kaster)

The Freedom Caucus: What Kind of Healthcare Would They Support?

Congress is back in session today following a two-week break. It was right before they left that lawmakers failed to pass a repeal-and-replace bill on healthcare. Three Virginia Republicans are members of the far-right leaning House Freedom Caucus, who opposed that bill. Now that President Trump looks likely to bring healthcare back up, Matt Laslo caught up with Virginia’s Republicans to ask them what kind of legislation they could support.

Posted by Nick Gilmore in Virginia's News on January 13, 2017

A newly reinstated rule in Congress has Democrats worried that Republicans are going to try to fire a large swath of federal workers, which could hurt the economy across the commonwealth. Matt Laslo has the story from the Capitol.