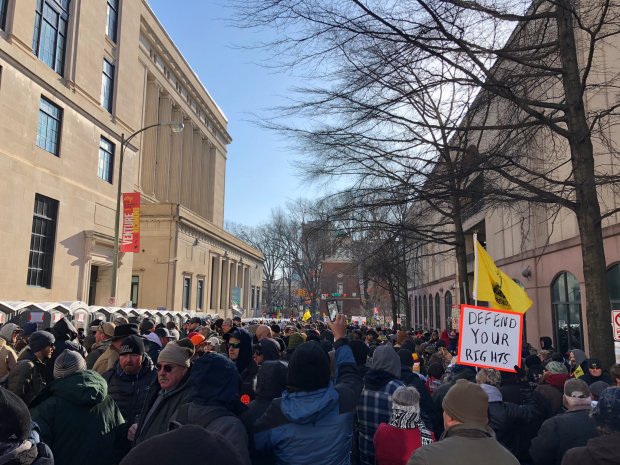 Some 22,000 supporters of gun rights voiced their opposition today/Monday to legislation being considered by the General Assembly.

And, though they were less conspicuous, people calling for more restrictions on guns were also there.

Michael Pope and Mallory Noe-Payne share some of the voices around today’s/Monday’s rally at the state capitol.

This entry was posted on January 20, 2020, 4:26 pm and is filed under Virginia's News. You can follow any responses to this entry through RSS 2.0. You can leave a response, or trackback from your own site.