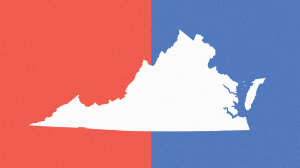 Democrats won control of the General Assembly after a campaign that prominently featured a debate over gun control. Now, that issue could end up being the defining issue of this year’s General Assembly session. Michael Pope reports.

This entry was posted on January 7, 2020, 3:55 pm and is filed under Virginia's News. You can follow any responses to this entry through RSS 2.0. You can leave a response, or trackback from your own site.