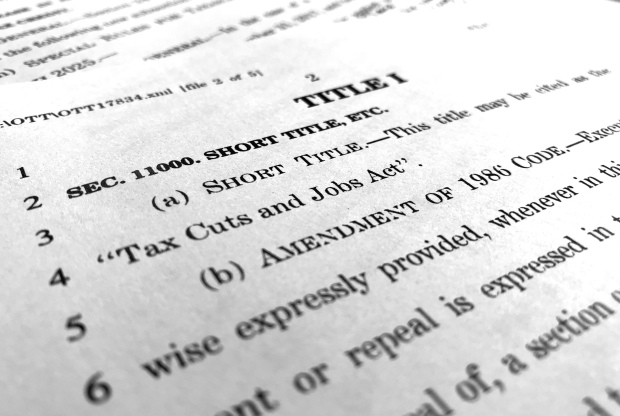 A portion of the Republican Senate bill “Tax Cuts and Jobs Act.” This week lawmakers will try to resolve differences between House and Senate versions in hopes of finishing around Christmas. (Credit: AP Photo / Jon Elswick)

As leaders in Congress move toward finalizing a huge tax cut proposal, taxpayers in Virginia are preparing to take a bigger hit than most states. Michael Pope has the story.

This entry was posted on December 7, 2017, 4:07 pm and is filed under Virginia's News. You can follow any responses to this entry through RSS 2.0. You can leave a response, or trackback from your own site.