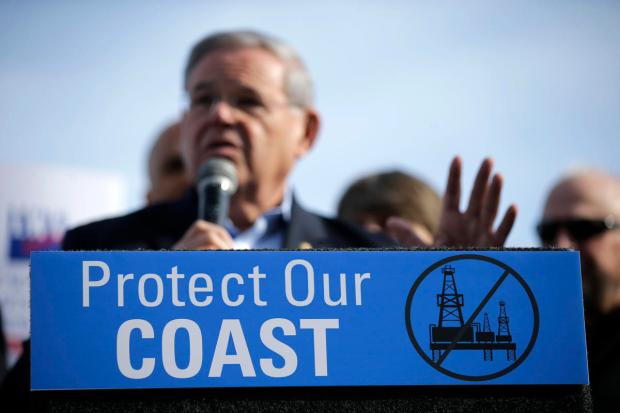 In this Jan. 31, 2016 file photo, Democratic U.S. Senator Bob Menendez addresses a large rally in Asbury Park, N.J., opposing federal plans that would allow oil and gas drilling in the Atlantic Ocean. The issue has come up again now that President Donald Trump is in office. (Credit: Mel Evans / AP)

Virginia Republican Dave Brat is pushing to open up Virginia’s coast to offshore oil and gas drilling. Democrats, though, say that would be terrible for the Commonwealth’s economy and they’re trying to combat the effort. Matt Laslo has details.

This entry was posted on June 21, 2017, 2:33 pm and is filed under Virginia's News. You can follow any responses to this entry through RSS 2.0. You can leave a response, or trackback from your own site.