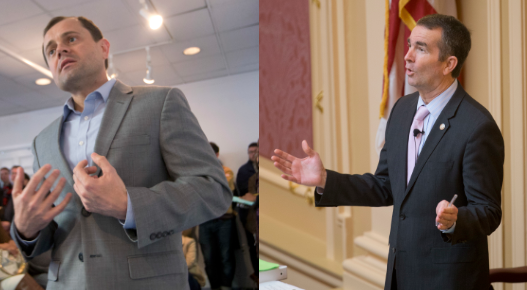 Lieutenant Governor Ralph Northam and former congressman Tom Perriello met in Norfolk last night for another debate before the June primary. As Michael Pope reports, a number of topics ranging from President Donald Trump to marijuana decriminalization were discussed.

Northam and Perriello also discussed the War on Drugs, something they both agreed needs reform.

This entry was posted on May 19, 2017, 12:40 pm and is filed under Virginia's News. You can follow any responses to this entry through RSS 2.0. You can leave a response, or trackback from your own site.