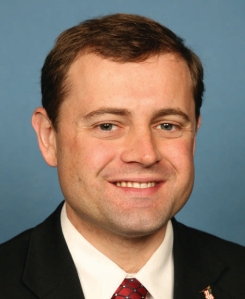 The race for governor was unexpectedly scrambled on the Democratic side this week, as former Congressman Tom Perriello unexpectedly jumped in the race to challenge Lieutenant Governor Ralph Northam. The primary challenge means Northam won’t be able to focus his attention and campaign cash toward the general election like he planned on doing since Attorney General Mark Herring announced he would not challenge Northam for the race last year. Michael Pope caught up with the lieutenant governor during an event in Alexandria and asked him about his reaction to Perriello announcing his candidacy.

This entry was posted on January 6, 2017, 12:05 pm and is filed under Virginia's News. You can follow any responses to this entry through RSS 2.0. You can leave a response, or trackback from your own site.