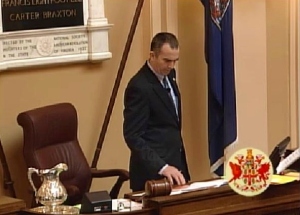 Public employment discrimination based on sexual orientation or gender identity would be prohibited under legislation that has passed the Virginia Senate.  The bill inserts a policy into state law that has been adopted through executive order by Governor McAuliffe and several other gubernatorial administrations. The commonwealth’s Lieutenant Governor played a key role in the legislation’s passage.

This entry was posted on February 4, 2015, 8:00 am and is filed under Virginia's News. You can follow any responses to this entry through RSS 2.0. You can leave a response, or trackback from your own site.