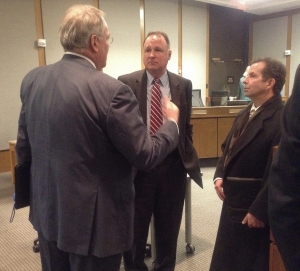 The legislative panel formed after the tragic suicide of a state senator’s son who was denied hospitalization has endorsed policy recommendations made by its gubernatorial counterpart.  But as Virginia Public Radio’s Anne Marie Morgan reports, the Joint Subcommittee to Study Mental Health Services also acknowledged the state’s harsh budget realities–and set its most urgent priorities for the upcoming General Assembly session.

This entry was posted on December 16, 2014, 4:35 pm and is filed under Virginia's News. You can follow any responses to this entry through RSS 2.0. You can leave a response, or trackback from your own site.