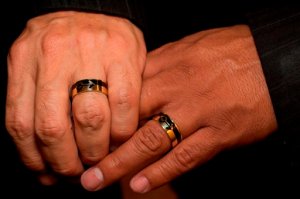 One reason that it’s prudent for lawmakers to review the fine print of amendments offered to the Virginia state budget is because it may contain legislation that might not pass both houses on its own. Such is the case with an amendment approved by the House and attached to its version of the state budget. As Virginia Public Radio’s Tommie McNeil reports, it directs the executive branch on how to proceed in controversial cases, such as the lawsuit challenging Virginia’s same-sex marriage ban.

The state Senate also used this approach by passing a budget amendment to create the “Marketplace Virginia” health insurance exchange that’s not popular with many delegates in the House.

This entry was posted on February 24, 2014, 10:04 am and is filed under Daily Capitol News Updates. You can follow any responses to this entry through RSS 2.0. You can leave a response, or trackback from your own site.