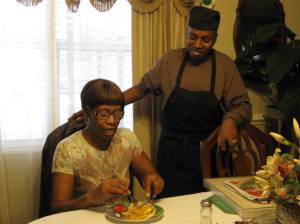 In 2005, when DNA analysis had become a routine part of criminal investigation, the state’s crime lab announced it had evidence in hundreds of cases that had never been tested.  Governor Mark Warner ordered a spot check of 15 cases.  In two of them, someone who had been convicted was found to be innocent, so Warner said all of the samples gathered between 1973 and 1988 should be reviewed.  Today, lawyers with the Innocence Project say it’s not clear how many tests have been done, how many people have been cleared and whether they’ve been notified.  Sandy Hausman has more on that story.

This entry was posted on February 12, 2012, 5:38 pm and is filed under Virginia's News. You can follow any responses to this entry through RSS 2.0. Both comments and pings are currently closed.