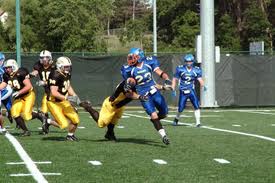 Homeschooled students may have an opportunity to join public high school sports or other interscholastic teams under legislation given preliminary approval by the House of Delegates.  The bill would still allow school divisions to set strict eligibility requirements …but many of the state’s 32,000  homeschooling families say they would like the chance to try.

Schools would be prohibited from joining organizations such as the Virginia High School League which do not allow homeschoolers to participate in athletic or other competitions.

“The superintendents, the principals, and the school boards of Virginia are all opposed to this particular bill.  I think that we really need to think through this.  We’re not ready for this type of incursion into our school system,” said Tata.

But Delegate Bob Marshall said homeschooled students are counted in the census to set taxpayer-funded allocations for school districts.

“So what the Virginia High School League is saying is: ‘We want your money when it comes to bringing it in.  We just don’t want to honor you and recognize you as a beneficiary of the money that we’re exacting from your parents’ pockets,’” said Marshall.

The bill is informally named after pro football quarterback Tim Tebow, who was homeschooled.

This entry was posted on February 7, 2012, 4:30 pm and is filed under Daily Capitol News Updates. You can follow any responses to this entry through RSS 2.0. Both comments and pings are currently closed.