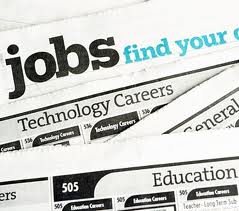 Despite some trends that suggest that the Commonwealth is slowly rebounding from the economic downturn, there are still more than 260,000 Virginians without jobs.  But Governor McDonnell and Lieutenant Governor Bill Bolling unveiled a new set of legislative initiatives that they believe will significantly promote more economic growth.

The goal is to boost the private sector through tax credits and provide more capital for tourism, agriculture, and education.  Bolling says while the state has excelled in technology, they’re adding $10-million for a New Life Sciences initiative that’s coordinated with colleges and universities, and new investments in cyber-security, modeling, and simulation. Since the administration began its push for job creation, it’s asked for $137-million in related investments, and the Governor was asked when taxpayers should expect a return on that funding:

“For instance, I don’t approve any Governor’s Opportunity Fund awards unless the payback is within two to three years. In other words, after that, it’s all cash coming back to the Commonwealth in tax revenues. Our tourism grants are five-to-one or about that, so we know it’s a good return,” said Governor McDonnell.

Bolling adds that only 14% of the deals they make are incentivized and they’re the larger business deals that would not happen without these programs.  The request for $37-million will be submitted to the General Assembly.

This entry was posted on January 4, 2012, 4:18 pm and is filed under Daily Capitol News Updates. You can follow any responses to this entry through RSS 2.0. Both comments and pings are currently closed.