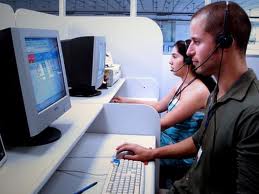 While President Obama was in Richmond promoting his new jobs bill within the district of one of his toughest critics on policy … that same official, House Majority Leader Eric Cantor, was preparing to promote his own jobs plan nearby.  Some say that both visits were preliminary campaign stumps for next year’s Presidential election.

President Obama’s speech at the University of Richmond on the jobs bill was much like a confident healthcare reform speech he gave in Virginia a few years ago.  One supporter and occasional commentator on Mr. Obama was there—and was asked if the speech was relevant for Virginians.  Former Governor Doug Wilder said yes, and that the President has gone back to basics.

“To say,’ hey wait a minute, I’ve been in office a couple of years. I didn’t do all the things I promised that I wanted to do, I’m not saying I was right or wrong, however, this is where I am today,’ and I think to the extent that he continues that, to let people know,’ I have not forgotten, I know what to do, I know how to do it, I need your help, let’s get it done,'” said  former Governor Wilder.

House Majority Leader Eric Cantor said there IS room for compromise.  “The President did talk about some measures that will provide some tax relief for small business people, and as we know in Richmond, and elsewhere in the Commonwealth, and the country, they’re the jobs engine. So hopefully we can get some progress on that very quickly, and I intend to try and do that.”

He does say that the President’s plan does not pay for itself, and GOP leaders will remain adamant about not adding to the current massive federal debt.

This entry was posted on September 9, 2011, 4:56 pm and is filed under Daily Capitol News Updates. You can follow any responses to this entry through RSS 2.0. You can leave a response, or trackback from your own site.