State Police and other organizations want motorists to head into 2011 being far more cautious on the road than ever. Although there have been 36 fewer deaths than this time last year, Virginia still reported 714 fatalities in 2010. Many of those deaths are attributed to drunk driving, which continues to be a problem nationwide. Virginia Public Radio’s  Tommie McNeil has this report. 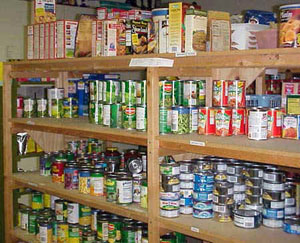 This past year, the Federation of Virginia Food Banks distributed emergency food supplies to more than a million Virginians…and across the state, community food banks are seeing needs increase  from 25% to  55%.  Connie Stevens reports.

Polling on the Issues

The Virginia General Assembly’s 45-day  short session begins January 12th, and the developers of a new poll hope lawmakers will take a minute to see what’s on the minds of their constituents.  Connie Stevens reports.

Posted by Virginia Public Radio in Virginia's News on December 24, 2010

As services through central and western portions of the state scrambled to deal with snow, high winds, and other weather-related challenges, there’s a warning that Virginia is way behind in planning for future climate changes. Sandy Hausman has the story.

Posted by Virginia Public Radio in Virginia's News on December 22, 2010 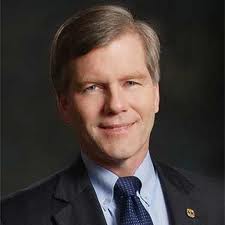 Governor McDonnell has had a busy first year in office and a number of challenges– from closing another budget gap to proposing state employee contributions to shore up their Retirement System.  Virginia Public Radio’s Anne Marie Morgan sat down with him to talk about his record and the significant events of the year. 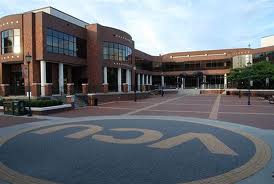 Governor McDonnell has announced he’s including an additional $283 million for job creation and other top priorities in his biennial budget proposal. But during his speech to the General Assembly’s budget-writing committees, the Governor proposed withholding revenues from Virginia Commonwealth University because of its decision to raise tuition 24%. He’s warning other higher education institutions not to follow their lead. Virginia Public Radio’s Tommie McNeil has more from Richmond.

Posted by Virginia Public Radio in Virginia's News on December 16, 2010

Governor McDonnell is offering details on the reforms he’s introducing to help Virginia maintain its retirement system…and pay back the $620-million borrowed from the VRS last year. It is a combination of the state employers increasing their contributions, as well as state employees. Virginia Public Radio’s Tommie McNeil has more from Richmond.

Posted by Virginia Public Radio in Virginia's News on December 16, 2010

These are hard times for non-profit organizations, but one Richmond group is getting some help from a surprising source– a mysterious Chinese woman with ties to royalty. Sandy Hausman has that story.

Days before Governor McDonnell unveils a budget for the upcoming 2011 General Assembly session he addressed some concerns of state employees. Many are worried about such issues as job losses, furloughs, reduced medical benefits, and increased insurance premiums. Virginia Public Radio’s Tommie McNeil has more from Richmond.

A non-partisan Virginia think tank has been analyzing the compromise tax deal under consideration by the U.S. Senate to determine its fiscal impact on Virginians. After crunching the numbers, the Commonwealth Institute for Fiscal Analysis found important implications for Virginia families, employees and businesses. Virginia Public Radio’s Anne Mare Morgan has more from Richmond.

The U-S District Court in Richmond has struck down the mandate in the federal health care law that requires most Americans to buy health insurance or pay a penalty.  Judge Henry Hudson agreed with Virginia’s argument in its lawsuit that the individual mandate is an unconstitutional use of Congressional power to regulate interstate commerce. Virginia Public Radio’s  Anne Marie Morgan has more from the Capitol.

Posted by Virginia Public Radio in Virginia's News on December 14, 2010

This time of year gets many people thinking about family traditions like roasting a turkey, making holiday cookies, putting up a Christmas tree or shopping at one of the many great department stores that did business in cities around the nation.  WVTF’s Sandy Hausman reports on one of Richmond’s historic retail centers. It’s now the subject of a book.

The Virginia Education Association and its members say teachers and school support staff are overworked and underpaid. Virginia Public Radio’s Tommie McNeil has more from Richmond.

State lawmakers are concerned that a local tax levied by all of Virginia’s cities and most of its counties might be having a negative impact on industry profitability and on the ability to hire new employees. The Business, Professional and Occupational License Tax is imposed on the gross receipts of each business instead of net profits. It has created a hardship for companies already reeling from the recession. Virginia Public Radio’s Anne Marie Morgan has more.